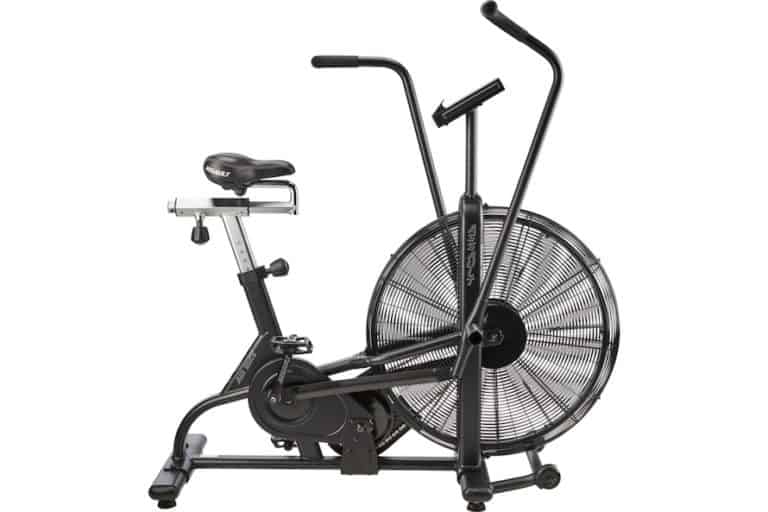 These are just a few of the adjectives you’ll see used to describe the experience on an air bike. The list could go on for a while in the same sort of vein.

A relative newcomer to the fitness world, air bikes are gaining popularity and making their way into home and garage gyms. With unlimited levels of resistance and heavy-duty handlebars, air bikes deliver a calorie-blasting, full-body workout that can challenge individuals of any fitness level.

In terms of cardio and conditioning, the benefits provided by an air bike are unmatched.

The popularity of air bikes owes a lot to the Assault Airbike. Before Assault Fitness arrived on the scene, air bikes were a series of flimsy, wobbly machines that were prone to suffering terminal damage as soon as you began a sprint.

Ok, that’s maybe an exaggeration, but they weren’t good.

The Assault Airbike changed this. Not only did its design appeal to CrossFit athletes and home gym owners looking for the kind of intense workout that a treadmill or spin bike just can’t quite deliver, but it also forced other competitors (notably Schwinn) to step up their game.

Such was the impact the Assault Bike had on the market that air bikes are now commonly referred to as “assault bikes”.

But popularity doesn’t always equal quality. As you look deeper into the machine, and as other competitors release ever-improving air bikes, the AirBike Classic begins to show cracks.

Our in-depth Assault Airbike Classic review is here to find out what makes the Assault so popular and assess just how deep those cracks go.

In this section we’ll look at the quality of the frame, how good the bike looks, and how well it rides.

In terms of construction, the Assault is one of the most heavy-duty air bikes out there. Built with heavy-gauge steel the Assault bike is more than capable of standing up to some pretty heavy sprinting.

At most, you’ll get a slight wobble going flat-out, but it’s nothing that will put you off or distract you as you blast away the calories. The steel frame even extends to the handlebars which deliver an arm-pummelling, lung-busting workout. In addition, integrating 20 sealed cartridge bearings throughout the frame gives the Assault an incredibly durable feel and smooth ride.

So far so good. What’s the catch?

I have several concerns over how well-built this bike is. It feels like Assault just hasn’t taken that much care in certain areas. Bolts that loosen over time are a common issue on the bike and while it’s not a deal-breaking issue, it is annoying and a problem you wouldn’t expect when spending close to $1k.

My second concern is with the seat. It’s very adjustable, which is good. This means whether you’re tall or short you can find a comfortable stride length on the Assault. The seat’s comfort is very much a personalized thing, but if you do find it uncomfortable on long rides you can easily switch it out for another seat. Again, this is good.

Unfortunately, the seat still feels like another area that Assault has just not taken enough care in building. Many Assault Fitness Airbike reviews complain about the seat coming loose or wobbling as they unleash an all-out sprint. Not ideal if you’re in the middle of a tough and intense workout.

I can’t say I’m awestruck by the design of the Assault Bike. However, the powder coating on the frame does look good and provides protection from peeling or chipping which helps keep the bike looking good.

The shape of the handlebars and giant fan on the front are basic and don’t differentiate it from a standard air bike really. Grey and black aren’t exactly “stand out from the crowd” colors either so the Assault lacks any aesthetic excitement on that front too.

The built-in wheels are somewhat useless. They’re just too small and make moving the bike around quite difficult. While the Assault bike is one of the lighter air bikes, it still weighs a lot so once you find a spot for it, I’d suggest keeping it there.

It doesn’t look bad by any means and, of course, the aesthetics are largely down to individual preference. For instance, I’ve come across plenty of Assault air bike reviews that like the well-built looks of the Assault, so what do I know?

Like most modern air bikes, the Assault AirBike Classic delivers a grueling workout that will likely leave you lying on the floor gasping for air.

The big, steel handlebars are tough to move, although as we discuss later they could be a bit stiffer, giving your upper body a hard time as well as your legs.

Fancy just beasting your upper body? Footpegs are kindly provided if you want to rest your legs for a bit. The air resistance will still kick in and your upper body will get one heck of a workout.

The chain drive on the Assault is decent enough. It offers a hard workout without being unmovable for beginners and first-time users.

Unfortunately, in this day and age chain drives are becoming outdated. The introduction of belt drives into several competitor bikes has seen the chain drive take a back seat as the go-to drive system in an air bike.

The chain drive on the Assault echo’s all the reasons that have seen belt drives take over. It requires a serious amount of maintenance and if you dare to max out on the sprints you feel like you’re running the risk of a terminal issue.

Maintenance can include lubricating, refitting, and repairing at regular intervals. This isn’t a disaster and you still get a good workout from the bike but after a while, the regular maintenance can get tedious.

Chain drives are loud too. Air bikes tend to be noisy anyway. The air rushing over the fan is always going to make a racket, especially as you pick up the pace and bring even more air into the equation.

Throw in a chain drive and you’ve got yourself a recipe for an ear-splitting workout that will annoy your neighbors and household alike.

Assembly: Is the Assault Bike Easy to Put Together?

The Assault doesn’t arrive fully assembled, meaning you have to engage in some DIY before you can jump on and burn some calories.

Luckily this isn’t a particularly time-consuming task. On average, it takes users around 20 minutes to assemble the Assault. Overall, there isn’t that much to put together. Simply attach the base, arms, and pedals and you’re good to go.

A lot of the screws are already in the holes that you’ll be screwing them into meaning you don’t waste time fiddling around with them. All the tools you’ll need are provided too, saving you a trip to the toolbox.

If you do struggle, Assault has kindly produced a video that will guide you through the step-by-step process of putting this bike together.

The Workout It Provides

Beastly. Ruthless. Hard. You choose the synonym, they all apply.

There’s no doubt the Assault provides a tough workout that will delight and terrify athletes around the globe. The unlimited resistance provided by the fan at the front (you will grow to hate that fan) delivers unmatched levels of intensity so you can get a challenge whatever level you are.

The Assault bike is ideal for interval training and long cardio slogs alike. Moving the handlebars helps make riding the Assault quite an exhilarating affair and you can really get your heart rate going with this machine.

If you’re struggling to know how best to use it, you can try one of the preset interval workouts by using the console. These include Tabata workouts or your own customized ones for an unrestricted challenge.

The Assault bike was the bike of choice for the official CrossFit games (before the Rogue Echo Bike came along and stole the crown) demonstrating the effectiveness of the workout it can deliver.

The biggest issue when it comes to CrossFit use is ghost calories. You’ll find as you stop pedaling the handlebars aren’t quite stiff enough, thus they’ll keep moving and the monitor will keep counting calories. This can go on for a fair amount of time which can be frustrating for perfectionists like many CrossFit athletes.

Following the success of their Classic bike, Assault has released two upgraded models for those looking to level up their workouts.

The Assault Bike Pro and Assault Bike Elite both come with better consoles, more durable frames, smoother ride, and excellent warranties. In essence, they are the same as the Classic, just with most departments upgraded.

What about the alternatives?

Of course, other air bikes do exist. We’ve compared the Assault Airbike to both the Schwinn Airdyne Pro and the Echo Bike and explained that their use of a belt drive system puts them streets ahead of the Assault. Both are also better built and the Echo Bike, in particular, offers unbelievable stability and smoothness.

The Schwinn, however, is significantly more expensive, which takes it out of the equation, but the Echo Bike comes in slightly cheaper than the Assault. All of this makes it a better buy.

Xebex Fitness also have their offering which comes in with a curiously similar frame and slightly better aesthetics. It’s a cheaper alternative and for me offers slightly better value. It’s just a lot less popular due to being a less well-known brand.

It’s interesting, when the Assault was first released it really wowed people with its durability and stability. However, compared to the competition that exists today, the Assault is lacking in certain areas.

The drive system and ride intensity just can quite match up to the quality that some competitors provide.

Don’t get me wrong, the Assault is a very good bike and I can certainly see why sales took off and remain high to this day. If you’re looking for an air bike to add to your home gym as you kick off your fitness or CrossFit journey, you won’t regret buying the Assault Bike. I just think there are better options out there.

Pros and Cons of the Assault Airbike 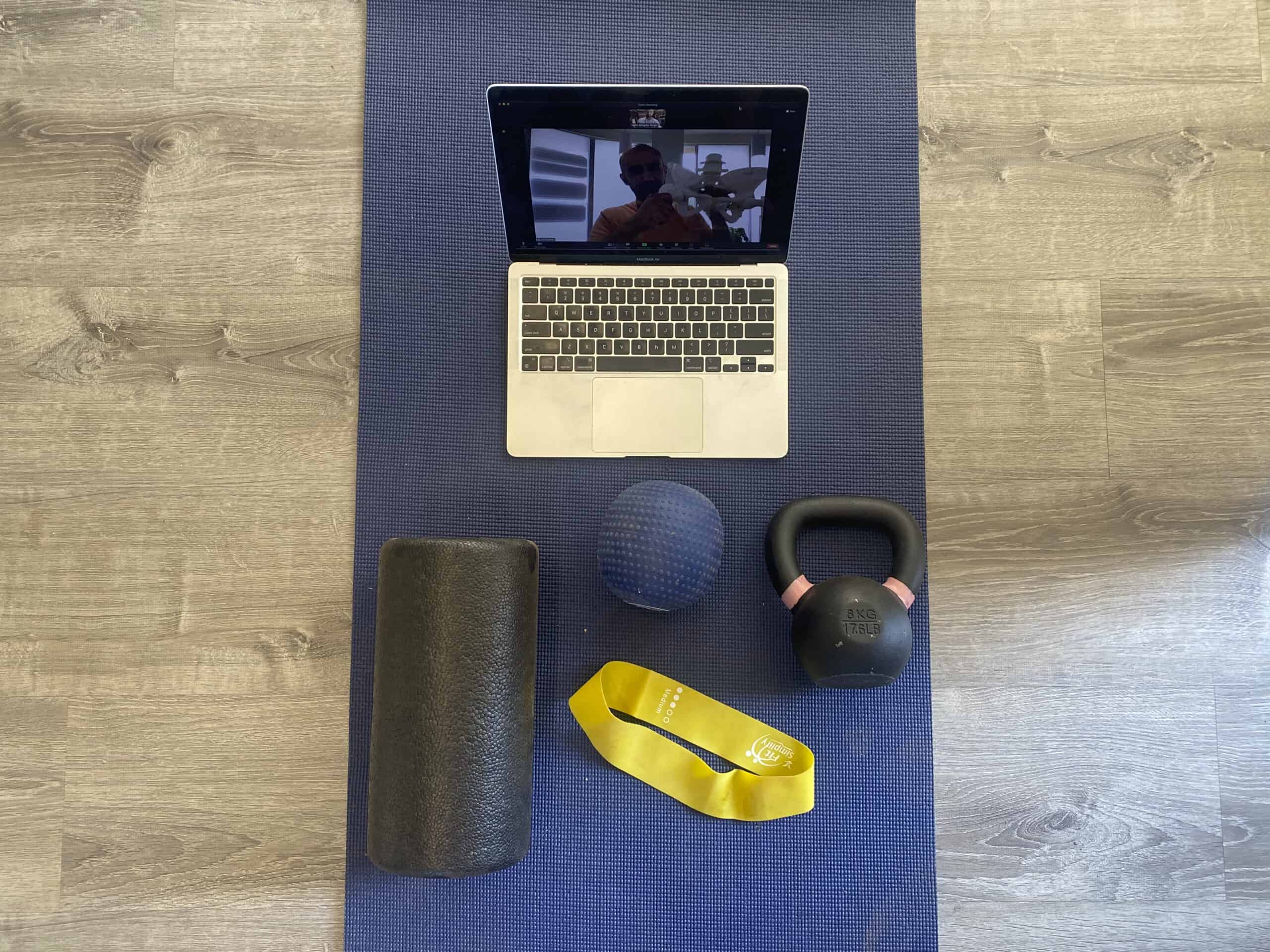 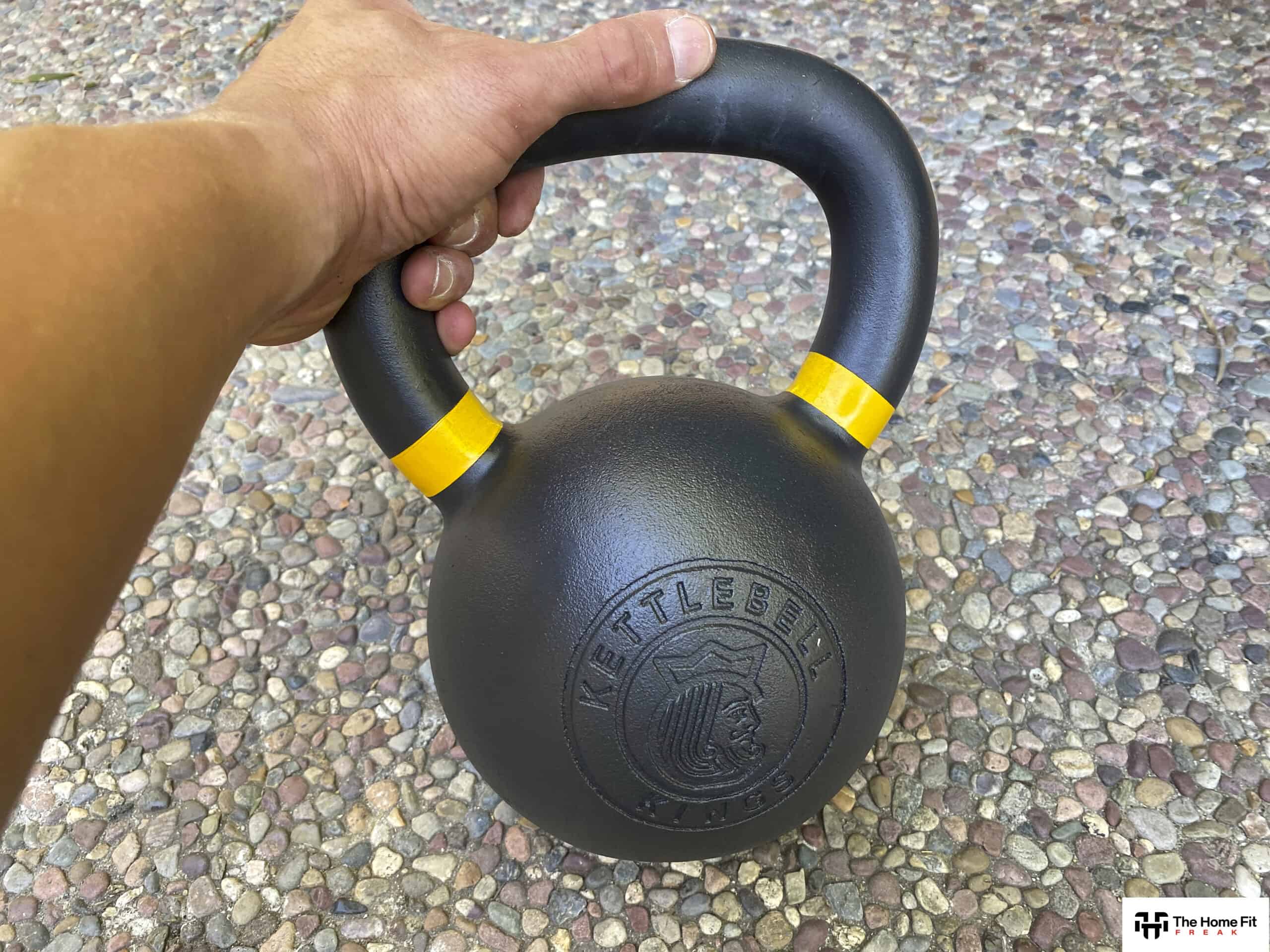 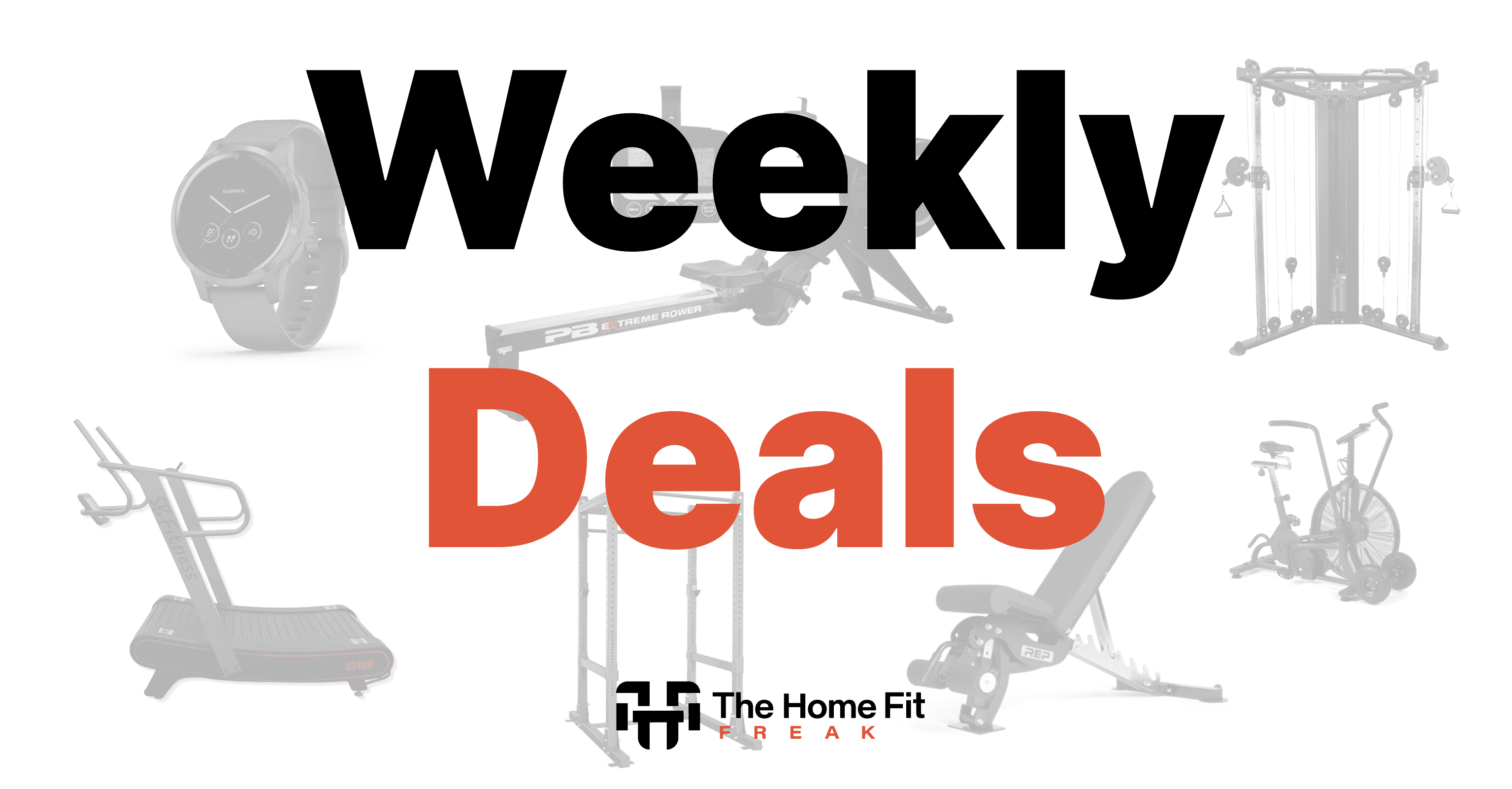